Running up front all race long at Delaware Speedway, A.J. Emms had a solid run en route to finishing fourth.

Emms started off the night solidly, finishing fourth in his heat race qualifier to set him up to start third for the feature.

From the third spot, Emms began to make his quickly, moving up to second on Lap 3. He then chased down Brian McLean, passing him to put the No. 14 Sunshine Super Wash – Orillia, Davenport Subaru, Creecher’s Design, Klotz Canada, Artech Promotional Wear – Orillia, Bromley Automotive, and TSS Top Shops out front on Lap 7.

Emms led the next couple of laps, till he was passed by Justin Demelo and Jeff Showler, causing him to slip back to third. He ran third till right near the end when Gary McLean slipped past him for the spot.

He’d cross the line in the fourth spot to take over the points lead, six points ahead of Gary McLean.

“Overall, it was a really positive night for us,” he commented. “Coming into Delaware, we weren’t sure of what to expect with this new car. Coming to the tracks that we haven’t been to yet is really testing, honestly, because we don’t know what we’re getting to.

“Thanks to Peter Schotanus for coming to help. He was really good on a lot of helpful advice for us and steering us in the right direction, so that was really positive. The crew guys have been working really hard all work and you know what? We came out of here with a fourth place finish, learned some stuff on the racecar and next time it’ll help us get to victory lane.

“That front pack of four cars was really fast – everybody was running really good. All of my competitors ran me good and clean, so that was awesome and overall, really happy with the night.”

The OSCAAR Modifieds continue their stretch of races for June as they will invade Full Throttle Motor Speedway this weekend on Saturday June 11 for the third race of the season.

“Next weekend – I love Full Throttle,” he commented. “We had a bit of a clutch issue in the feature so I’ll have to rectify that for next week. Overall, I’m looking forward to getting to Full Throttle and seeing what I can do with this new car. I just love this place. I want to get back behind the wheel of this racecar.” 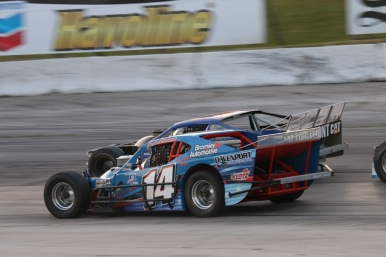 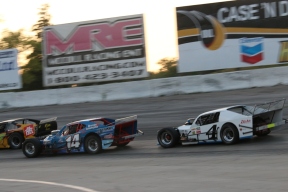 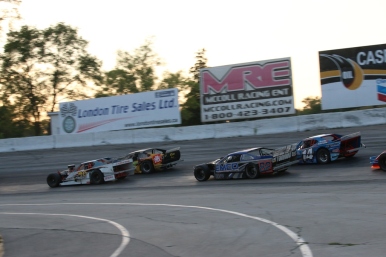 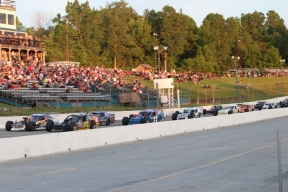 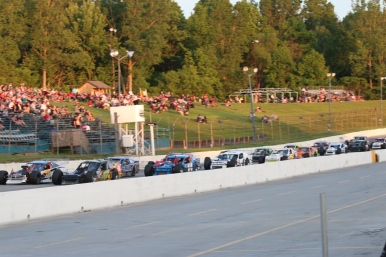 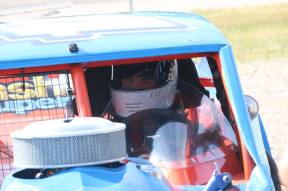