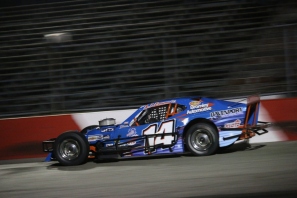 After a great sophomore campaign on the OSCAAR Modified tour, A.J. Emms capped off the season with a runner-up finish at Frostoberfest this past weekend.

Emms started off the day solidly, finishing second in his only heat on the afternoon to place him fifth on the starting grid for the feature.

Come feature time, he immediately began making his way forward, moving into the third spot off the drop of the green flag. He then moved up into second on Lap 5, where he remained for the rest of the event despite his best efforts to pass race leader Gary McLean.

As a result of top-fives throughout the season, including a victory at the Autumn Colours Classic, Emms finishes the year second in points. 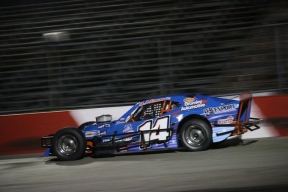