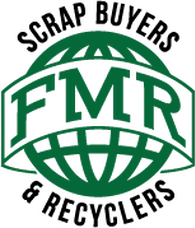 As preparations kick into high gear ahead of the 2018 season, Emms Racing is proud to welcome FMR Scrap Buyers as a new sponsor.

Located at 18 Kitchener St in Orillia, Ontario, FMR Scrap Buyers is ready to handle any of scrap and recycling needs. They take in a variety of material, ranging from various metals to electronics and more. Whether for individuals or professionals, the variety of selection in the type of service helps your needs to be met in the easiest way possible. Learn more details at https://www.fmrscrapbuyers.com/

Emms Racing is currently preparing for Emms’ fourth season in the OSCAAR Modified series. Over the past two seasons, he has scored two feature victories, while placing second and third in the year-end standings.

“As a team we’re excited for what 2018 has to offer,” he said. “With the modified schedule released its hard not be to excited. With a variety of tracks on the schedule we look forward to battling with some of the best and bringing our best as a team each week.

“Along with this, we look forward to having the Peter (Schatanis) Built Limited Late Model out more often at a variety of tracks.”

Fans are encouraged to stay tuned to the Emms Racing website at http://www.ajemms.com, as well as the team’s facebook page via https://www.facebook.com/ajemmsracing/ for details on 2018 when they’re released.